This morning, Minister of the Interior Ayelet Shaked and Deputy Minister in the Prime Minister’s Office Avraham (“Abir”) Kara announced relaxations in regulations for small business owners that will come into force with Shaked’s signature and do not require legislation in the Knesset.

After other measures to aid small businesses became stuck in the Knesset and in the Ministry of Finance, Shaked and Kara have come out with an initiative that can be carried out immediately, partly out of concern that Knesset elections might be brought forward. Under the timetable presented by Shaked, the draft of the new regulations has been circulated for public comment, and they will be signed in two and a half weeks’ time.

Shaked said that, despite objections by other ministries, she had decided to carry out the reform in its entirety. The main thrust of the reform is that food, cosmetics, and medical device importers will not have to obtain a business license.

The owners of these businesses will henceforth have to obtain a manufacturing or importer license only. According to the figures presented by Shaked, this means a saving of NIS 40,000 for a business owner. In addition, bakeries, wineries, and small chocolate and food manufacturers, which up to now needed both manufacturer and business licenses, will no longer need a business license. This will save such business NIS 45,000.

Shaked and Kara also announced that restaurants, cafés and pubs that sell alcohol and have up to now needed approval from the police will no longer need it. This will save a business NIS 10,000. Licenses will also no longer be required for puncture repair shops, transport of raw milk, transporting vehicles, and small businesses in shopping malls. Shaked said this would save an aggregate half a billion shekels a year for some 44,000 business owners, and much time in dealing with extra bureaucracy.

“This is a revolution in this area,” Shaked said. “Tens of thousands of businesses that had to waste time and money vis-à-vis the local authorities will be able to do everything more quickly, more cheaply, and more simply. We are going to save about half a billions shekels annually on bureaucracy, and three million business days over a decade. Business owners will no longer have to deal with several regulators, but with one.”

Kara, who led the initiative, said, “We have to remove all the heavy shackles from business owners. When we look at business owners, I always see the obstacles, and today we have taken a significant step. It’s a continuation of the Economic Arrangements Law. There are 13,700 businesses in Israel for which we are going to save time. The ordinance that we are putting forward today relates not just to new businesses but to existing businesses as well.”

Two weeks ago, Kara was on the point of leaving the government, but after talks with Shaked and Prime Minister Naftali Bennett he eventually decided to remain part of the coalition. In exchange, he demanded immediate measures to help the small business sector, which he is considered to represent in the government. He also held meeting with Minister of Finance Avigdor LIberman. The measures announced today are the first of several likely to be implemented that are not dependent on the Knesset, in which the government no longer has a majority.

“If there are no problems, then the merge will happen in August,” Vitalik Buterin said at the ETH Shanghai Web 3.0 Developer Summit on Thursday. Read More

It appears emergency savings are another casualty of high inflation.

About one-third of adults are contributing less to their emergency funds so that they’re able to cover their everyday expenses, according to research from New York Life Insurance Company. The average reduction in monthly contributions to those emergency accounts is $243, with millennials making the biggest cut: $289.

“While it is concerning that the increased costs of everyday goods and regular expenses may deflate a necessary financial cushion, this environment means households are making calculated decisions about how to adjust their financial strategy in the way that makes the most sense for them,” said Dylan Huang, head of Retirement & Wealth Management Solutions for New York Life.

Inflation is running at 8.3% year-over-year, according to the most recent measurement from the U.S. Bureau of Labor Statistics. Although that’s down slightly from the March peak of 8.5%, it is still the fastest annual pace in about four decades and far above the Federal Reserve’s target of 2%.

The Fed already has raised a key interest rate two times this year in an effort to slow the pace of inflation and is expected to continue notching hikes this year. The idea is that as the cost of borrowing rises, consumers will rein in their spending and the resulting lower demand for goods and services will slow price increases.

Beyond reduced emergency savings contributions, inflation also is causing households to delay some financial goals: putting off vacations (33%), paying off credit card debt (22%), buying a car (22%) and buying a home (16%), according to the New York Life research.

At the same time, long-term savings is being less impacted: 72% of those surveyed said they still expect to retire at their desired age.

“Among those not yet retired, we’re seeing this group making necessary adjustments to their financial strategies while not allowing short-term anxiety to derail their plans for retirement,” Huang said.

Howard Levitt: These are the HR sins that constantly come back to bite employers 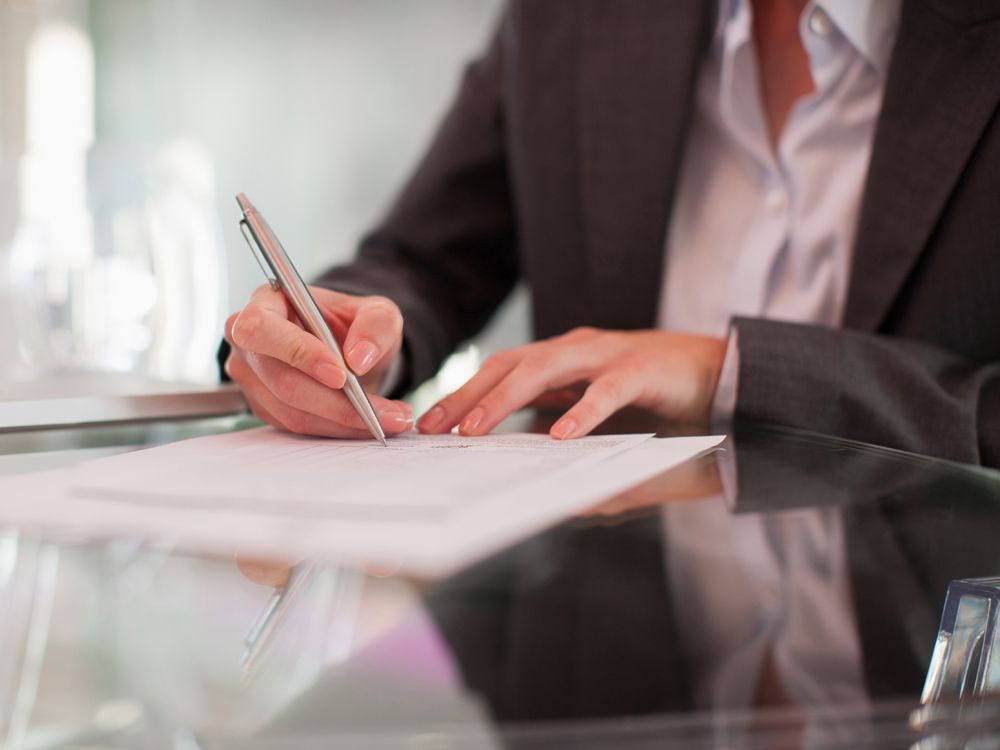 Acting as I do for many of the largest companies in the land and many small and medium— and with a firm which acts against many others — I see human resources managers make the same mistakes, over and over. This week and in next Saturday’s column, I’ll look at some of the biggest repeated blunders, from overdocumentation to the inconsistent application of company policies. Many of these may seem superficially counterintuitive, but the consequences can be significant.

Years ago, the late, great relocation counsellor Murray Axmith and I went from Halifax to Vancouver twice a year teaching a course called “Rightful Dismissal in the ’90s.” I used to start my portion with, “What are the three most important things for HR managers to do: 1) Document; 2) Document; and 3) Document.”

I was wrong! I have seen and heard of too many employer cases lost over the years because of excessive documentation.

HR managers must remember that, in any piece of litigation, they are required by law to produce to the other side copies of all documents touching upon the matters at issue. So if an HR manager is studiously writing down the good, the bad and the ugly, they are as likely as not recording things which play into the other side’s theory of the case or be devastating to their own.

When recording anything which might relate to future litigation, keep one thing in mind: The other side will see it. In other words, what I have learned since those early seminars is that documentation will kill your case as often as make it, perhaps even more often.

When employers want to terminate an employee for cause the next time she or he commits an infraction, they should say precisely that.

Don’t use the usual human resource verbiage of: “Further such incidents will lead to further discipline, up to and including dismissal.”

What that expression means legally (and in common English) is that the next time the employee does it, they might be dismissed or they might not be. It telegraphs to a judge or arbitrator that even the employer believes that the infraction is not sufficiently serious that its repetition necessarily justifies discharge.

Court cases have found that such language means that the next infraction must be at the very top level of the range of serious misconduct in order to warrant dismissal. But that is not what HR managers intend, most of the time, when they use that language. What they mean is “similar misconduct will result in your dismissal for cause.”

Just say that in your letter.

Accepting the word of their ‘favourites’

When an employee makes a serious complaint but it is denied by their supervisor or someone who has more credibility with HR, too many HR reps simply accept the superior’s word for what occurred or enter the investigation already biased. Although that may be, to some extent, psychologically unavoidable, you should never prejudge the outcome of an investigation because of your personal belief in a party’s relative credibility. Not only will that lead to terrible internal morale with allegations of favourtism, but it can give rise to potential legal action by the effected employee for negligence, constructive dismissal or worse. Walk into every investigation or fact-finding session with an open mind and investigate every, even moderately serious, allegation.

Refusing to discharge because of new allegations

Some employees, knowing that they are about to be dismissed, will file allegations of poor treatment (just as they will get doctor’s notes) hoping to bulletproof themselves from any discharge because the company fears being accused of retaliating.

Don’t fall for that. If an employee’s misconduct warrants their dismissal, proceed to do so. If they make allegations of poor conduct by a manager which would not affect the dismissal even if true, you can still conduct the investigation. If the employee has made a good point, you might still need to investigate the person accused and even discipline if warranted. But that does not let the employee off the hook for matters that would warrant dismissal even if the accusations were accurate.

If an employer has cause, it must act on it. Not doing so constitutes condonation making it very difficult to terminate that employee later on for the same type of misconduct. At the very least, if they do not wish to terminate the employee at that time, they should provide a warning that the employee will be terminated if such misconduct ever recurs.

Failing to document your practices

Nothing kills the right to enforce a policy like the company having not followed it itself or applying it inconsistently.

Part two of this column will appear in next Saturday’s Financial Post.

Got a question about employment law? Write to Howard at levitt@levittllp.com.

Howard Levitt is senior partner of Levitt Sheikh, employment and labour lawyers with offices in Toronto and Hamilton. He practices employment law in eight provinces. He is the author of six books including the Law of Dismissal in Canada.