Investors on the Tel Aviv stock market have been seized by something of an anxiety attack in relation to food company Strauss Group (TASE: STRS) over the past couple of days. The share price hasn’t collapsed, but it has taken a sharp downturn in response to the salmonella scare at the company’s Elite chocolate factory. Some analysts see this reaction as more than a stomach ache.

Within two days, more than half a billion shekels have been wiped off Strauss’s market cap, with the share price dropping about 5%. Anyone who bought Strauss Group shares a year ago now shows zero return on the investment. The main casualty is of course the Strauss family (siblings Ofra, Irit, and Adi Strauss) which holds 57% of the company.

The trigger to the slide in Strauss’s share price is of course the salmonella discovered at the factory at Nof Hagalil. It looks, however, as though investors have been responding to other events at Strauss Group as well, with its international food business.

The salmonella episode has caught Strauss Group at a problematic business juncture, and follows other events of the past few months that have cast doubt on the company’s future performance.

Troubles at US unity Sabra too

Strauss Group is active in twenty countries, employs some 17,000 people around the world, and has a strong business base in Israel. According to Storenext, Strauss is the second largest food and beverages group in Israel in sales turnover terms, with 12.4% of the local market in 2021.

Subsidiary Strauss Coffee, Strauss Group states in its financials, is among the ten leading coffee companies in the world for market share. In 2021, the group’s consolidated sales turnover was NIS 8.7 billion, and since 2016 it has recorded 5.5% average annual sales growth.

Despite the good looking numbers, however, the current crisis at Strauss is one more in a series of events that cloud the picture. According to one market analyst who covers the company, the salmonella incident has the signs of a temporary glitch. The analyst, who prefers not to be named, says that the affair “could have an adverse effect on the company’s sales after production returns to normal, but incidents of this kind are passing episodes. Even if we bring to mind a much more serious event, such as the affair of the silicon in Tnuva milk in the 1990s, in the end, who stopped drinking milk? It didn’t really happen.”

Nevertheless, he says, “This crisis has caught Strauss in a challenging period, not just in its activity in Israel. The Sabra subsidiary (the US hummus and dips producer held in equal shares by Strauss and PepsiCo, H.S.) is in a weak period, and there too contaminants similar to salmonella were found by the US Food and Drug Administration, and not for the first time, at the end of 2021. Strauss halted hummus production at Sabra and entered upon a program of adjustments to the production process, which in any case since the outbreak of the coronavirus pandemic has suffered from supply chain problems.”


Strauss plays by the book – will that be enough?


Strauss recently announced that it expected to end the first quarter of 2022 with a substantial loss at Sabra, estimated at NIS 26-45 million. It subsequently announced that the impact of the event would be more severe than it had estimated, because of the expense of implementing the adjustments program.

6% of sales to Russia and Ukraine

The war between Russia and Ukraine adds another negative influence on Strauss’s business. “The company is active in the coffee business in both Russia and Ukraine. That too has come to some kind of a halt because of the fighting,” the analyst says. In its annual financial statements for 2021, the company put sales to Russia and Ukraine at NIS 525 million, representing 6% of the group’s total sales.

“Of the sales to those two countries, most is to Russia (72%). The operating profit on the company’s business in both countries totaled NIS 37 million, representing 3.8% of the group total. The conflict, the volatility of ruble exchange rates and other factors have made it difficult for the company to estimate how events there will develop. But since we are only talking about a small fraction of the company’s business, the consequences will be limited.”

The analyst says that the salmonella incident, coupled with the crisis in Ukraine and Russia and what happened to the Sabra business in the US, has created a combined picture that appears to be the factor weighing on the stock. “Strauss is in a weak period at present. In the long term, the company is made up of such a wide range of activity that in my view it will be able to regain stability and overcome all the hits. But it looks as though in the end 2022 will be a weak year.”

Shekel at weakest against dollar in over a year

U.S. natural gas futures fell about 5% on Friday as output slowly rises and on

forecasts for milder weather and lower demand over the next two weeks than previously expected.

That decline comes despite a jump in the amount of gas flowing to U.S. liquefied natural gas (LNG) export

plants to a near seven-week high following maintenance outages at some Gulf Coast plants.

Although the weather is expected to turn milder next week, it’s still hot in many parts of the country

In the spot market, next-day power at the PJM West hub

businesses crank up air conditioners to escape the heat.

Despite Friday’s decline, the contract was still up about 4% for the week after falling about 5% last

Gas was trading around $28 per mmBtu in Europe and $22 in Asia. The U.S. contract

U.S. futures lag far behind global prices because the United States is the world’s top producer, with all

the gas it needs for domestic use while capacity constraints inhibit exports of more LNG.

feet per day (bcfd) so far in May from 94.5 bcfd in April. That compares with a monthly record of 96.1 bcfd in

Refinitiv projected average U.S. gas demand, including exports, would hold near 89.7 bcfd this week and

next before sliding to 88.7 bcfd in two weeks.

The average amount of gas flowing to U.S. LNG export plants rose to 12.3 bcfd so far in May from 12.2 bcfd

in April. That compares with a monthly record of 12.9 bcfd in March. The United States can turn about 13.2

bcfd of gas into LNG.

On a daily basis, however, LNG feedgas was on track to hit a near seven-week high of 13.3 bcfd on Friday.

Since the United States will not be able to produce much more LNG soon, it has worked with allies to

dependence on Russian gas after Russia’s Feb. 24 invasion of Ukraine.

Russian gas exports to Europe rose to around 8.1 bcfd on Thursday from about 7.8 bcfd on Wednesday on the

Russia-Ukraine-Slovakia-Czech Republic-Germany route. That compares with an average of 11.9 bcfd in May 2021.

Gas stockpiles in Northwest Europe – Belgium, France, Germany and the Netherlands – were

norm in mid-March, according to Refinitiv. Storage was currently about 37% of full capacity.

That is healthier than U.S. inventories, which were around 15% below their five-year norm, because high

Prior Week Current Week Next Week This Week Five-Year

Unloading procedures for one cargo of gasoline have begun but the ship cannot berth yet because there’s no space for it to do so, according to the harbor master at the port of Colombo. Meanwhile, Prime Minister Ranil Wickremesinghe said the government is also trying to find the cash to complete a rare purchase of crude oil from Russia. 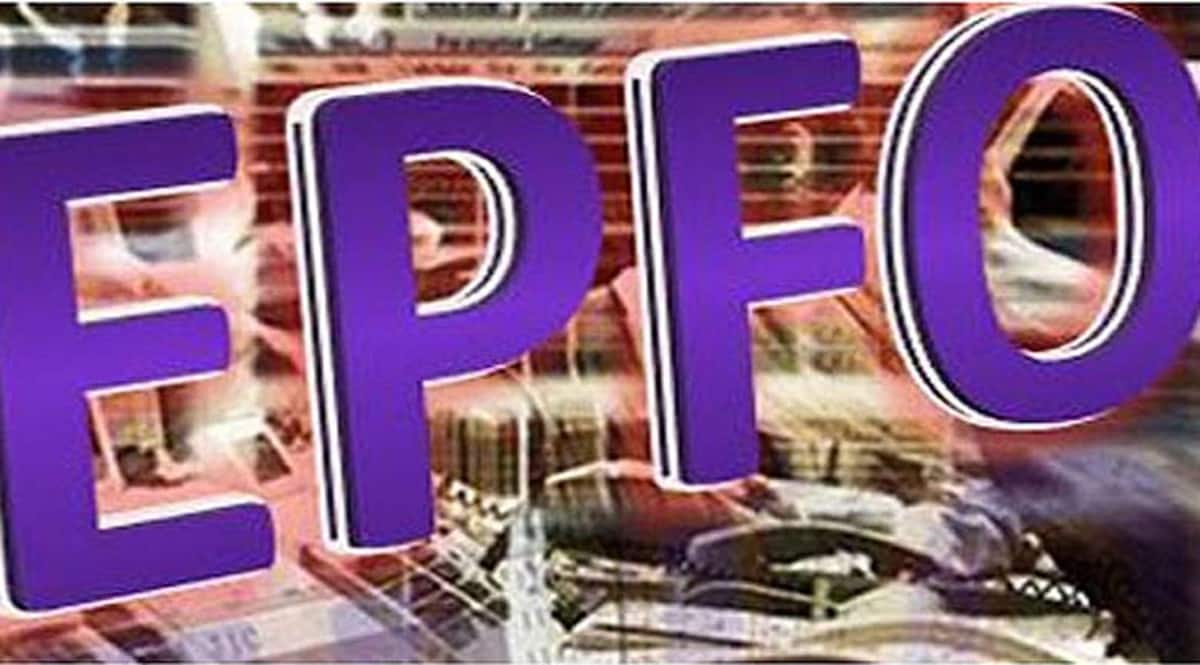 According to the statement, a month-on-month comparison of payroll data shows an increase of 2.47 lakh net subscribers in March 2022 compared to the net additions during February 2022.

Of the total 15.32 lakh net subscribers added during the month (of March), around 9.68 lakh new members have been covered under the provisions of EPF & MP Act, 1952 for the first time.

The new member addition has increased by 81,327 in March 2022 as compared to the previous month. Approximately 5.64 lakh net subscribers exited but re-joined the establishments covered under the EPFO by transferring their funds from the previous PF account to the current account, instead of opting for final withdrawal.

Age-wise comparison of payroll data showed that the age group of 22-25 years has been on the forefront by registering the highest number of net enrolments, with 4.11 lakh additions during March 2022.

The age group of 18-25 years constitutes around 45.96 per cent of net subscribers addition during the month.
Age-wise payroll data also indicated that many first-time job seekers are joining the organised sector workforce in large numbers.

State-wise comparison of payroll figures highlighted that the establishments covered in Maharashtra, Karnataka, Tamil Nadu, Gujarat, Haryana and Delhi remain in lead by adding approximately 10.14 lakh net subscribers during the month, which is 66.18 per cent of the total net payroll addition across all age groups.

Gender-wise analysis showed that net female payroll addition is approximately 3.48 lakh during the month. The share of female enrolment is 22.70 per cent of total net subscribers addition during March 2022, with an increase of 65,224 net enrolments over February 2022.
The participation of women in the organised workforce is showing a positive trend from October 2021.

The payroll data is provisional since the data generation is a continuous exercise and the process of updating employee records is done on a regular basis.
Hence, the statement said that the previous data gets updated every month. Since April 2018, EPFO has been releasing payroll data, covering the period September 2017 onwards.

EPFO is the country’s principal organisation responsible for providing social security benefits to the organised/semi-organised sector workforce covered under the the purview of EPF & MP Act, 1952.

It offers members a myriad of services, which includes provident fund, insurance and pension both for members and their families.