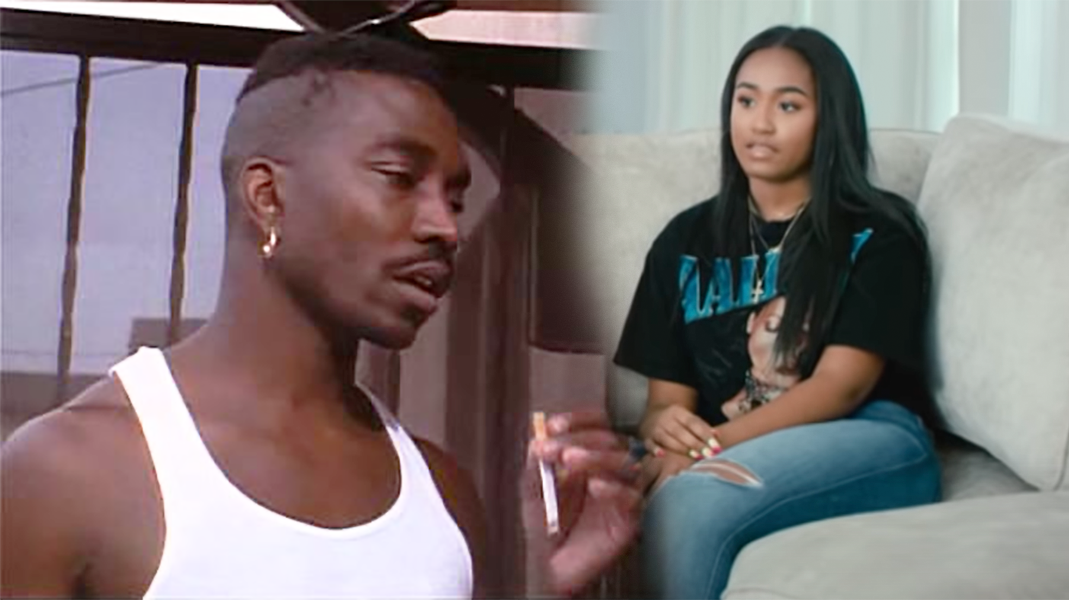 Sasha Obama has been doing lot of dating around Hollywood – but she finally seems to have a young man in her life of which Media Take Out approves.

The 20 year old student at the University of Southern California is dating Clifton Powell Jr., who is the son of “Ray” actor Clifton Powell, 66, and a former college basketball star.

Clifton Jr, a college graduate, works as a commercial director creating content for Nike and Peloton.

Clifton Jr is the second son of Clifton Powell, 66, and wife Kimberly Crooms, 58, and he was brought up in the family’s Ladera Heights mansion. The 24 year old scholar-athlete has lived a high class bougie life since he was born.

Sasha has also clearly lived a bougie life since birth – so they speak each other’s language.

Barack and Michelle’s youngest daughter has also recently been romantically linked to an unemployed actor. We like this guy much better.

Here are some pics of them together:

THE TWO ATTRACTIVE YOUNG COUPLE GO OUT FOR A STROLL

HERE ARE THE TWO EMBRACING EACH OTHER

EXCLUSIVE: Rihanna BURST INTO TEARS When Police Arrested Baby Father In Front Of Her!! – Media Take Out

The more the merrier! Kourtney Kardashian and Travis Barker had a tiny Las Vegas wedding followed by a California courthouse ceremony with two witnesses, but they went all out for their third wedding, inviting dozens of guests — including some familiar faces.

When the Barker, 46, and the Poosh founder, 43, exchanged vows in Portofino, Italy, on Sunday, May 22, they were joined by their favorite double-date partners, Machine Gun Kelly and Megan Fox. The “My Bloody Valentine” singer, 32, wore a blue leopard print suit for the occasion.

While Fox, 36, was spotted holding hands with her fiancé during the vow exchange, she was not by the “My Bloody Valentine” singer’s side when boats escorted guests to the wedding reception. Kelly (real name Colson Baker) was seen on his phone while sailing with Blink-182 bassist Mark Hoppus, who was joined by wife Skye Hoppus (née Everly).

Barker’s bandmate was particularly happy to there to enjoy the lavish ceremony. “A year ago I was in chemotherapy,” Mark, 50, wrote on Saturday via his Instagram Story.

In June 2021, the rocker announced he had cancer, stage 4 diffuse large B-cell lymphoma. He revealed he was in remission the following September after months of chemotherapy.

Barker showed his support for Hoppus at the time, telling E! News, “Mark is my brother and I love and support him. I will be with him every step of the way on stage and off and can’t wait for us to play together again soon.”

Plenty of almost-family members were in attendance at Barker and Kardashian’s nuptials, which were held at Villa Olivetta, a home on designers Domenico Dolce and Stefano Gabbana‘s estate. Corey Gamble, Kris Jenner‘s longtime boyfriend, was spotted arriving at the reception with Devin Booker. The NBA star has been dating Kendall Jenner since spring 2020.

Kris, 66, and the 818 Tequila founder, 26, arrived with the rest of the bridal party, which consisted of family members. Kim Kardashian, Khloé Kardashian and Kylie Jenner were all in Italy for the nuptials along with Kourtney’s children, Mason, 12, Penelope, 9, and Reign, 7, who she shares with ex-boyfriend Scott Disick (who spent Sunday at the beach).

Barker’s children were also in attendance. Landon, 18, and Alabama, 16, who the DTA Records founder shares with ex-wife Shanna Moakler, attended alongside their sister Atiana, 23, who Moakler shares with Oscar De La Hoya.

Scroll through the gallery below to see which friends outside of their big, blended family scored invites to Kourtney and Travis’ Italian wedding:

One day before the wedding ceremony, Kourtney donned another Dolce & Gabbana mini-dress, this time in black, featuring an emblem of the Virgin Mary on the front, which she accessorized with a short black veil with blue trim, long black gloves and strappy sandals.

If you’re a Halsey fan, you already know that the singer-songwriter released their latest album, If I Can’t Have Love, I Want Power, last year.

Halsey’s already hard at work on new music, too — but according to them, it might be a minute or two until you actually get to listen to it.

In a TikTok captioned “I’m tired,” they claimed that a new song is being held up by their label unless they can make a “viral TikTok moment” to promote it.

“Basically, I have a song I love that I wanna release ASAP,” they said in the video, “but my record label won’t let me.”

They also claimed that, despite being quite successful at this point in their career, the label told them that “I can’t release it unless they can fake a viral moment on TikTok.”

“Everything is marketing,” they continued, pointing out that the music industry is “doing this to basically every artist these days.”

In a follow-up TikTok captioned “I wish I was kidding lol,” Halsey shared what appeared to be a conversation with someone on their team about a potential release schedule for the song. “I just hate this,” they say to someone off-camera.

Hopefully, Halsey and their label can work things out and get the song released at some point soon. The music business, folks! It’s not all it’s cracked up to be, that is for sure.

Keep up with the latest daily buzz with the BuzzFeed Daily newsletter!

Broadcom is in ongoing talks to acquire VMware, but a deal is not imminent (Greg Roumeliotis/Reuters)