Interesting Facts About Adelaide Cabete, a Portuguese Feminist and Republican 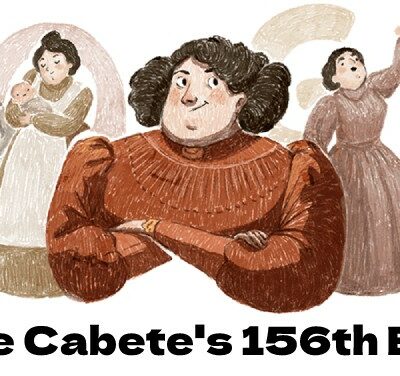 Google Doodle celebrates the 156th birthday of Adelaide Cabete, a Portuguese feminist and republican, who was the founder and president of the Conselho Nacional das Mulheres Portuguesas (The National Council of Portuguese Women), on January 25, 2023. Here are some interesting and fun facts about Adelaide Cabete.

Here is a look at the life and work of Adelaide Cabete.

For fans of Khan, a double bonus!

ANOTHER POSSIBLE RESTING PLACE OF JESUS CHRIST IN NAZARETH

Save Our World Campaign – Blessing Every Soul On Earth ...

Facebook Ads Tips: 7 Ways to Get More ROI from your Ads

It’s Time to Party! How One Company Is Revolutionizing ...

Things to Know about the Largest Archeological Museum i...