Vipul Sharma (born 4 June 1975), is an Indian film director, screenwriter, and producer who predominantly works in Gujarati cinema. Cited by the media as one of Gujarat's influential filmmakers, Vipul Sharma is widely credited with revolutionizing the Gujarati film industry and altering the profile of Gujarati cinema. 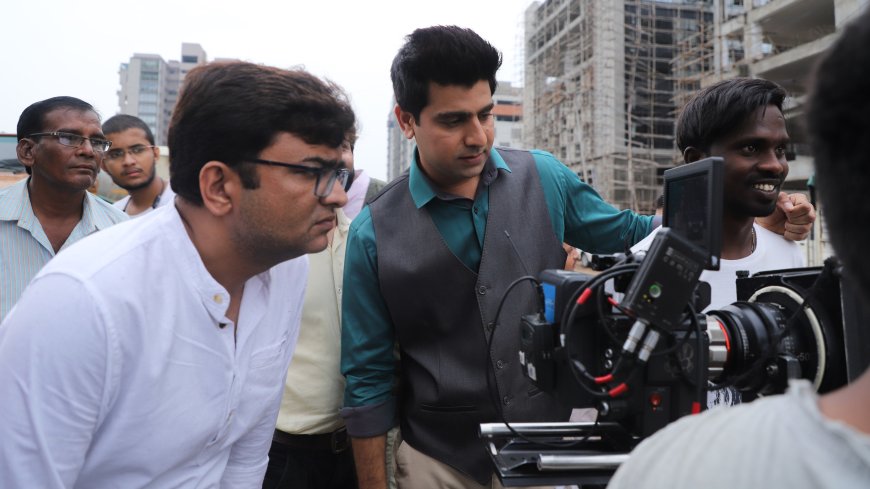 “Imagination is more important than knowledge”- Albert Einstein,.. this is my motto of life,..says Vipul Sharma a filmmaker.

Vipul Sharma (born 4 June 1975), is an Indian film director, screenwriter, and producer who predominantly works in Gujarati cinema. Cited by the media as one of Gujarat's influential filmmakers, Vipul Sharma is widely credited with revolutionizing the Gujarati film industry and altering the profile of Gujarati cinema. Although working in the mainstream medium, his films are noted for their technical finesse and craft. The Government of Gujarat honored him with the Best Director For his first Gujarati feature film LOVE IS BLIND in the year 2007.

Vipul Sharma did show much interest in films when he was young. Upon completion of his Diploma in Dramatics, Degree n Dramatics, and post-graduation in Development communication, he started his career as an artist, playwright, and director while he was studying. He entered the film industry through the 2004 Gujarati film Love is Blind. The freshness and making of his first film established him as a leading filmmaker in Gujarati cinema. He followed that with the  Deshbook (2014), which is regarded as an experimental film based on Sardar Vallabhbhai Patel’s ideology.

Vipul Sharma is a well-known dramatist of Gujarat and has done remarkable plays from 1995 to 2015. Such as ‘Family no-1’, ‘Chal re sajn kar le lagan’, ‘Hun j maro vidhata’, ‘No Exit’ and many more.

Vipul Sharma has also known as a Television personality. He has written and directed more than 12 TV shows with E TV Gujarati, Zee Tv Gujarati, Door darshan, and SAB TV. He has also written some episodes of the famous show Tarak Mehta ka Ooltah Chashmah(2009). At the same time, he is involved in making documentaries of development communication from the Government of Gujarat.

“When I was in 7th standard, in school I use to watch the ‘MALGUDI DAYS’ serial on Doordarshan,..and it influenced me like anything,..that serial compelled me to step into this industry. I can't forget the magic of R.K.Narayns’ writing and those visuals. Then when I was in college I saw Maniratnam Sir’s ROJA and it forced me to dive into filmmaking.” Vipul Ads.

01) LOVE IS BLIND(2005): Revolutionary kind of film directed by me with known National & international Film Artists like Sonali Kulkarni, and Sudha Chandran. The first film of Gujarat was shot on Super sixteen mm & made for multiplex release only. All songs of this film are sung by famous singers of Bollywood like Shaan, Shreya Ghoshal, Sadhana Sargam, Kunal Ganjawala, and Richa Sharma. This film is photographed by well-known cinematographer Darshan Dave, who is from FTII, Pune.

03)SHOT: Written dialogues of this film.

At present Vipul Sharma is working with Airmen Films and has announced 5 films in 2023.

2002: For the play “CHAL RE SAJAN KARLE LAGAN” I recipient of an

2003: For the play “SAKHNA RHEJO RAJ” I won the best actor award by

2005: For the play, ‘HUNJ MARO VIDHATA’I have won the best writer award

Taking your business to new heights is Anthony Garcia’s goal

Fans are eager to hear HUGOSTIGLITZ, the Debut Album by...

The face of the most famous male exotic club: Mr Chippe...

The rock legend announces his Australian tour for 2023 ...